Attracting and Retaining Good Staff – why is it so tricky? – Ailsa Anderson 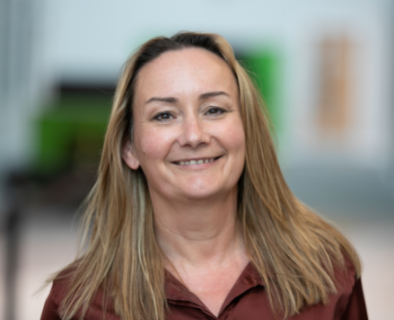 It’s true that “Your People” are any business’ greatest asset, and the right talent will help fast-growing businesses thrive now and into the future.

But, for some companies, attracting and retaining talent can seem almost impossible – especially at the moment. I don’t think I remember a time in my working career when so many companies are looking to recruit and finding it so hard.

Recruiting the right people into an established team in my view is almost an art form and many companies throw money at the problem as an answer …and then even more money when they get it wrong.

But recruitment is only part of the equation. From my experience as a Manager, a growing business needs to recruit the right team to support the leadership, but they also need to retain and value the talent that they already have. It’s two sides of the same coin. Get the culture wrong in your company and your best people will leave so you spend even more time on the recruitment hamster wheel.

So what attracts and keeps people in a job? Of course, you’d think competitive pay, but that’s really just a small part. Career progression, great benefits yes, play a big part too but to really draw and keep people, you need to understand them and what makes them tick.

Earlier this month we welcomed keynote speaker Nigel Risner to talk to scaling businesses. Nigel advised that it's about knowing who your team are as individuals - not just as a payroll number. Understanding what makes your team really tick, ensures that as a leader you can both build on an individuals’ strengths whilst continually exciting and motivating each member of the team. Ask yourself, do you really know what makes each member of your team excited to come to work?

Getting this right ultimately reduces the amount of time you spend fighting to get things done and as an added benefit you also begin to learn where you might have gaps in your team – and this really helps to ensure you take on and attract someone with the right fit when you do have to recruit. A strong team that fully understands and buys in to the company vision, its values and its goals, that is motivated and happy is your greatest asset. Get that right and much of the rest should follow.

In an article I read just last month in the Telegraph it stated that half of Britain's workers are considering changing jobs as the so-called "Great Resignation" triggered by Covid shows little sign of letting up. Younger employees are the most likely to have itchy feet, according to polling company Ipsos. Over half of 16 to 34-year-olds have considered quitting their jobs or actively looked for a new role in the last three months....The number of experienced people in their 50s who have experienced better work life balance during the pandemic and who have or will look to take early retirement is higher than ever. So now more than any other, it’s time to think about your culture and your people.

Scaleup North East are delivering a series of three “Your People” workshops focusing on recruitment, where you can hear from author and business speaker, David Smith, ex Asda Executive. Discover how David came to write his best selling book: Bad Bosses – The Ten Leadership Pitfalls followers hate the most. His book was written following meticulous research with CEOs and other executives, David's style is to engage with this audience and to tell stories to bring his points alive. And if that wasn’t enough to get you going, we also have Nicky Jolie of HR2Day and Sam Spoors from Talentheads on how to be proactive not reactive with your recruitment and succession planning.

Come, listen, get motivated and have a little fun along the way. That’s what helps to make me tick!

RTC North is delivering Scaleup North East in conjunction with the North East Local Enterprise Partnership (LEP). The programme is part-funded by the European Regional Development Fund (ERDF). It is aimed at supporting North East-based businesses that can demonstrate both the hunger and the potential to achieve high levels of growth