FemTech – a passing fad or here to stay? By Claire Robinson 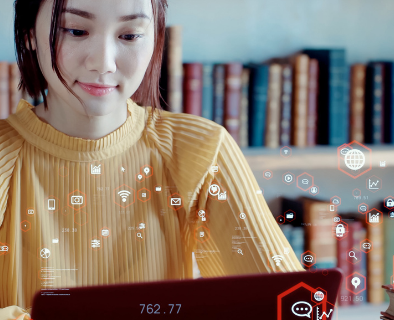 FemTech …what is it?

FemTech Is the term that encompasses the emerging range of digital technologies focused specifically on women’s health. Most of the market currently consists largely of wearable devices and smartphone interfaces, connected medical devices, and hygiene products. These products, platforms, and techniques are traditionally geared towards expanding female access to healthcare on a global scale, empowering as well as educating women. And here I agree: after previously suffering horrendous migraines (some ending up in hospital) and recently going through a hysterectomy and wanting to research more I went on a journey that has changed my opinion of the term and the industry it encompasses. I too, like many readers thought ‘FemTech …really? Does it need a name?’ and ‘Isn’t it just HealthTech or SexTech mushed together?’ but after investigating this relatively new term for a previously much hidden market I actually think it does, in fact more than that, it’s essential!

Here’s why: while the term ‘FemTech’ may appear at first to cover the scope of all female-driven or female-focused technologies. A popular agreement within the industry is that it refers to Female healthcare products and services. With three main subsectors to FemTech being Healthcare, Preventive Medicine and Longevity. Harriet Forsyth in FemTech & IP points out it is not just limited to tracking devices, there are also tampon and feminine hygiene alternatives, breast pumps and pelvic floor trainers among others. However, I would also consider Women’s Safety as an emerging category as well. As a woman I’d certainly investigate tech that helps keep me safer in a Networking/Client/Socialising/Dating and even a home setting, so feel this is worthy of further exploration as the sector grows.

Another hushed aspect to FemTech worthy of expanding on is the topic of sex. Whilst we have sexual wellness and sexual health talked about widely, sexual pleasure is still considered taboo. However, the founders of Ferly Billie Quinlan and Dr Anna Hushlak aim to radically transform women’s relationship with sex. In their words ‘How you think about it – and how you have it. Sex is taboo, but it shouldn’t be. It should be about as normal as taking a nap or going for a run. This is why we’ve created a space where you can discover what exactly sex means to you. A space where you’re able to lead a life that is pleasurable, confident and healthy’.

In some part I feel the growth of the sector is being driven by more and more women signing up to health apps that encourage us to explore and log our health issues and symptoms. Many of these apps have some form of community or forum platform included meaning they share their experiences, and as a result are realising the need to speak out about issues that affect them and what works and more importantly what does not.

Before we discuss the growth in, and the longevity of the sector let’s take a moment to investigate its origins. FemTech is essentially an offshoot or merging of the MedTech / HealthTech /SexTech industry, in the sense that it relies on preventive or analytic systems to monitor and maintain health but represents a major departure from the traditional tech scene that has been dominated by male-oriented product designs and applications. The industry has been around a while, but the term ‘FemTech’ was coined by Ida Tin, founder and CEO of Clue, an app which enables users to share information regarding menstrual cycles with partners, family, and friends. Ida Tin believes that connected mobile technology is the future of female health. Prior to 2016 the term was non-existent even though it describes a market predicted to be worth $50bn by 2025.

Growth and Longevity of FemTech

Frost & Sullivan in 2021 acknowledge the critical role of technology, such as artificial intelligence and big data analytics, in improving women’s lives and empowering them, with the global FemTech market being valued at $487 million in 2020 and is expected to reach $522 million by the end of 2021. They also indicate there is plenty of room for the sector to grow by highlighting how ‘Service providers should start focusing on unaddressed women health areas such as endometriosis, polycystic ovary syndrome (PCOS) and mental health.’ Frost & Sullivan also suggest five critical success factors for the FemTech market to thrive, one of which being to develop affordable solutions. I agree with this theory as there are a great many technologies available should one choose to look but many are priced too high for thousands of women who would be able to benefit otherwise.

I think in 2021 I am re-assured as a woman that this sector is far from disappearing, so we have to ask why is this so important?  Susan Stover highlights ‘historically, medical research has not prioritized women’s health, leading to the health and wellness of women being critically underserved. Healthcare products and services have a long history of being designed without considering the physiological differences between men and women’ and further points out ‘from consumer product design to health apps, men have been used as the stand-in for the “average person”.’ It’s not only Susan highlighting the importance of recognising and acknowledging the differences between men and women, In June 2021 Janice P. Nimura from New York Times focused again on an example many of us know, the one which highlights the difference between symptoms of heart disease in ‘males’ and ‘females’ which can equate to life and death.

Type a search in to Google and you will find a plethora of sites showing how various conditions affect men and women differently. I’ll highlight a few examples in this article, firstly The State of Musculoskeletal Health 2019 highlights:

In another example the Government to are keen to recognise differences in the way women and men experience medical and mental health concerns, in The UK governments COVID-19 mental health and wellbeing surveillance: Spotlights focusing on Gender they suggest that women have tended to report worse mental health and wellbeing during the pandemic than men and I wonder if (as mentioned above) this is due to the increasing amount of health apps born from the FemTech sector that not only ask us questions about our ‘illness’ or ‘condition’ but provide a community that discuss and support each other enabling discussion, learning and greater awareness of what is classed as ‘right’ or more importantly ‘not right’ with our bodies. Beyond that RAMH, report in their Gender differences in Mental Health that ‘Depression is more common in women than men with 1 in 4 women requiring treatment for depression at some time, compared to 1 in 10 men with the reason for this being unclear but likely to be a mix social and biological factors in that when asked, women are more likely to report symptoms of common mental health problems where as men may have been under diagnosed because they present to their GP with different symptoms, for example a range of physical, stress related symptoms’.

Sticking for a moment with Depression and Anxiety, it is a condition reported to be 2 times more prevalent in women than in men (although more data on this is most certainly discovering the increase of men suffering this issue), perhaps an opportunity again to explore the differences between men and women where tackling it together brings new discoveries that can help both sexes. In fact a similar theory in Gender differences in Mental Health points out ‘mental health problems affect women and men equally, but some are more common among women. …. Treatments need to be sensitive to and reflect gender differences. Various social factors put women at greater risk of poor mental health than men. However, women’s readiness to talk about their feelings and their strong social networks can help protect their mental health’.

Here to stay?, When you consider the following statistics and tag on the fact that women are not just looking for solutions for themselves but as pre-dominantly the primary caregivers, especially for children and the elderly, women are increasingly playing an active role not only in their own care but their relatives, friends and colleagues, the market could be considered to be so much bigger than it has been previously reported in Frost & Sullivan who identified that:

Common business sense states that if a market covers 50% of the population it will not disappear anytime soon. FemTech start-ups are bringing new innovative technologies and solutions to a large and diverse consumer base and as such are solving problems that have been there for decades, but have long been brushed under the carpet as ‘Women’s Issues‘ and we don’t discuss ‘Women’s Issues’ do we…or at least we didn’t, but we very much do now.

Susan Stover,  What the FemTech?!: The Origin Story of the FemTech Industry

Versus Arthritis, The State of Musculoskeletal Health 2019

Frost & Sullivan, Femtech—Time for a Digital Revolution in the Women’s Health Market, 2018