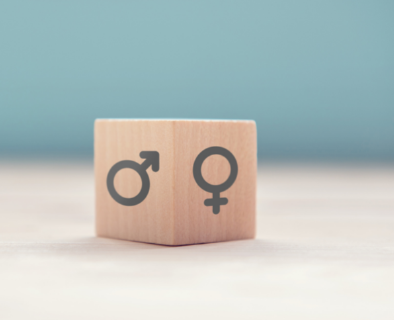 Is FemTech feeding the 'Gender Gap'?

I can’t explore the FemTech sector without discussing men and the growing kickback to yet another way to divide the sexes. Whilst initially questions arose about ‘If there’s a FemTech where is there MenTech?’ or ‘Is this for female companies only?’ or worse ‘Is it fuelling the gender divide fire?’ and making the female vs male argument worse? These are good questions and really important ones.

By giving this industry and audience a technical term and combining this with both the political and celebrity movements such as ‘Me To’ and International Women’s Day campaign ‘ChooseToChallenge’ there is evidence of a fast growing market with subsectors that include body awareness, sexual health and wellness, mental health, pelvic and uterine health, brain and cognitive health, bone health, oncology, pain relief, breastfeeding, digital health services and this is really just the tip of the iceberg.

Whilst the above examples do indeed come under Medtech, HealthTech or SexTech, previously women’s issues were ignored (either by design or embarrassment from both sexes) however now women are communicating their problems and their symptoms and issues or concerns with current provisions on all manner of topics. In my own recent experience with a Menopause related app ‘Balance’ created by Dr Louise Newson I saw how questions asked like ‘is HRT safe for those with high blood pressure?’ or ‘menopausal loss of libido and was it normal, would it return?’ and ‘is it normal to experience brain fog or is it the first signs of dementia?’ were instantly responded to by many women providing information, sharing experiences and offering support.

Adding to this big brand company campaigns like the Bodyform and Libresse campaigns Viva La Vulva and award winning Wombstories, a powerful campaign ‘giving a voice to the unseen, unspoken and unknown truths about periods, vulvas and wombs’ aiming to ‘boldly go where no other brand has been before; inside women’s bodies and emotions to truly represent their sensations and feelings that we believe are not only invisible but ignored, overlooked or denied’. With the ultimate aim of ‘opening up conversation so that nobody will have to hide the sometimes difficult, sometimes painful realities of their bodies’. Innovative companies and entrepreneurs are using this surge in information and willingness to share, to design services and products that seek to resolve some of the issue’s women have (or make living with them more bearable).

By creating, supporting and promoting FemTech as a sector are we alienating men?

I must take a moment to point out here it is not just women embracing and growing this sector, but men are playing a role here too. A few examples include Grace Cooling founded by Peter Astbury, an automated tracking and cooling bracelet, ready to detect and fend off your flushes 24 hours a day. Also companies founded by men and women, firstly London based Dame co-founded by Alec Mills and Celia Pool who create award-winning period products for your body and planet, one of which is a reusable tampon applicator that uses antimicrobial properties which ‘unlike other antimicrobial materials, DAME's self-sanitising technology does not make use of chemicals, pesticides, biocides, heavy metals or other harmful substances. It's safe, hygienic, and reliable - for your body, and the environment by using innovative Sanipolymers a technology that actively works to reduce bacteria, germs and microbes by at least 99%’. Followed by Legacy a fertility company founded by two men and a woman and led by CEO Khaled Kteily, tests, freezes and stores sperm, and whilst much of the messaging is about men being ‘50% of the fertility equation —Let’s be 50% of the fertility conversation’. They also support and provide information on Fertility & Fertility Preservation for Trans Women covering the social, medical and surgical stages of gender transition.

Aside from the popular belief that ‘what affects women affects men’ it is still true that the world is still majority led and influenced by men. Recent research ‘Women and the Economy’ in 2021 highlighted that in the UK, ‘15.49 million women aged 16+ were in employment between October-December 2020. Percentage wise the female employment rate was 71.8% compared to males being at 80.6%’ so the odds are in most sectors that you work with men. And we also know that in ‘2019 In the FTSE250 (the next largest 250 listed companies outside the FTSE100), 27% of directors were women’. McKinsey’s report ‘Women in the Workplace 2020’ points out again that ‘Senior-level women are also nearly twice as likely as women overall to be “Onlys” meaning the only or one of the only women in the room at work’ - indicating you are highly likely to be employed by men or by male led companies.

I am aligned with Katherine Steiner-Dicks in her article ‘FemTech: Why Men Shouldn’t Shy Away From This Mass-Market Opportunity’ when she writes ‘This is not a Battle of the Sexes argument. It is a health sector debate. If you look ‘under the hoods’ per se of the female and male anatomies – they are radically different. Female versus male hormonal makeups are different. The genders age differently’. She rightly ascertains that ‘Too many assumptions have been made in medical research and women are not getting the healthcare they need. Would most men be satisfied or even willing to take a drug that was developed for women, and mostly tested on women?’

When I talk to men on the subject of women’s issues and health, without doubt they want the best care for women especially for their wives, girlfriends, daughters, sisters, mothers, grandmothers, aunts, friends and colleagues. So, if we have to give this branch of health and awareness its own term ‘FemTech’ for the purposes of education, awareness and investment then let’s do it by all means. But how about embracing and educating men by raising awareness, including them in and encouraging discussions on previously 'taboo' topics; hearing their experiences of how women’s issues affect them, instead of using it as stick to beat them with or fuelling and feeding a further wider gender divide. FemTech Lab created a great video asking the question ‘What do men really think about FemTech? ’ which is summed up nicely at the end by Raymond Blijd '......go out and find the best technology, so that my girls and every woman out there, can live long productive lives and can be happy and healthy'

Let’s be brave enough to talk, break down taboos from both sides and work hand in hand to improve the health and wider, the lives of women (and those that identify as women) globally. FemTech, much like every other tech-enabled business, requires equal gender and racial collaboration to reach as many customers as possible. That is just good business sense.

Join us at FemTech North where coming up in the next few articles we breakdown the sector, start to look at the problems, the solutions, the technology, and the amazing people behind the FemTech companies and those organisations investing in them because that’s the detail we want and in many cases the education we need.

‘What do men really think about FemTech?’ You Tube Video created by FemTech Lab