Let’s hear it for the Innovators - Mark Harrison 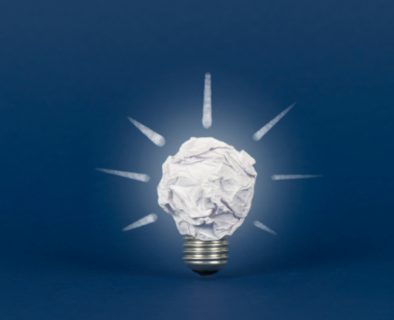 The Good the Bad and the Trivial

The smartphone has brought a lot of positives to our lives, all your devices in the palm of your hand is a powerful thing.  Those who’ve grown up with smartphones take them for granted but not those of us who lived on the road dragging an array of improbably heavy devices, spare batteries, and chargers everywhere work took us. Not sure my shoulder ever recovered from the constant strain of a fully laden Tumi bag being permanently draped across it during the road warrior years.

Outside of work and reducing the work-life ballast, smartphones have brought us among other things, the genius of Google Maps which replaced the incredibly difficult to use A-Z maps that used to stack up in the side of our car doors, any information, however obscure or trivial available instantly in your hands, to when you go to a concert, the tickets you bought with your phone are stored in your phone that you always have with you and when the band plays a ballad you can use the torch in your phone to wave around, which is so much better than holding a disposable lighter in the air until you burn your thumb.

Like anything that is so good, it has brought with it its fair share of bad stuff as well. The always-on expectation at work, the stress and strain that social media puts on those who are slaves to it and the constant stream of the unwanted digital landfill that crosses your screen, and most importantly the great lost art of conversation.

I’m not here to discuss the rights and wrongs of social media, I choose not to take part except for LinkedIn which I feel obliged to as long as I’m “economically active” I think the term for being “in work” is called these days.

LinkedIn was great for a while and then we ruined it!

There were unwritten rules that LinkedIn is not used for personal stuff or self-promotion. Sadly, the casual narcissism that is omnipresent on social media has found its way into LinkedIn. The talking heads walking down the street with a selfie stick celebrating their own mediocrity, it's quicker than sticking your fingers down your throat when you’re in need of a tactical but it's otherwise insufferable.

I was a cocky 17-year-old when I learned one of life’s great lessons, I was in the bar having played one of my first games for the 1st XV of my Rugby Club and clearly making a little bit too much of my part in the game. One of the props, a granite-like 36-year-old grabbed me by the collar and sat me down, and gave me the best advice I’ve ever had, he simply said “good players don’t need to talk about themselves, they get talked about”.

If you get up every day and do the best you can, people will start to talk about you, and it will be on merit and it’s so much more satisfying than doing it yourself.

In my role as an Innovate UK Scale Up Director, I have the privilege to meet and work with some of the most innovative companies and smartest people in the country and am humbled that they want me to help them on their way or think I have any wisdom to impart to them.

These companies are new to me as they have spent their time being good at what they do, not blowing their own trumpets on social media or on the industry events circus. People need to hear about these amazing companies and the amazing hard-working people that have built and run them. So, I’ve decided to use my platform and borrowed their neglected trumpets, dust them off and give them a much overdue blow and introduce you to some of them. Here’s hoping I hit the right notes.

As a challenge to myself, I will do so without the aid of LinkedIn buzz words du Jour, such as “inspiring” or referring to growing their company or pretty much everything that’s just life as a “Journey”! Nor will I be thinking outside of boxes, grabbing your low-hanging fruit, or musing about what will happen at the end of the day. Mix it up a bit guys, the joy of repetition wears really thin really quickly, unless it’s a song by Prince, which is the only time it’s always great.

John Symonds and Scale Up North East to thank for NBT Group being on the Innovate UK ScaleUp programme. NBT Group, based in Killingworth, the family business has been around for over a century initially making industrial adhesive tapes.

Chairman Toby Bridges and CEO Peter Oram have moved them into supply chain management and front and centre to the race to Industry 4.0 a euphemism for the 4th Industrial revolution driven by the rapid adoption of new technology. I must admit to the 2nd and 3rd having past me by but I’m a digital tech guy, so the 4th is probably the right time for me to be paying attention.

They provide Supply Chain management solutions ensuring you always have the items you need in the right amount in the right place at the right time. They have over a century of experience of fulfilling the picking packing and shipping of business essential products. Put these two businesses lines together and NBT Group has developed a proprietary inventory and supply chain management platform Vytech that has historically supported their own business.

They count some of the biggest names in the car industry and parts ecosystem as their customers.

Toby and Pete’s ambition is to take this VyTech platform and build an independent SaaS business with it, which is the part where I become somewhat useful.

I’m really pleased to be able to work with people who’ve had the courage to take their business that has been successful for generations and reimagine it and move it forward to stay at the forefront of their industry.

Success is never assured and it's all about execution they have the right mindset and energy to make this happen.

I was introduced to Warrington-based Helen and Phil Lord by Scaleup North East Partner, Craig Huntingdon.

They’ve built the Used Kitchen Exchange literally from their Kitchen, initially buying a £200,000 kitchen on EBay for £5,000 and deciding there might be a business in there. Here we are 5 years later, they are the market leader turning over more than £7,000,000 annually, growing every year, and just received the Queen’s Award for Enterprise.

If you have a high-value designer kitchen and want a change, you can sell your old one on Used Kitchen Exchange. Helen and Phil will list and market it and when the time comes send their team of specialists to expertly remove your kitchen and transport it to their proud new owner.

Sellers include Simon Cowell and Dermot Monaghan with the likes of Linda Barker being a brand ambassadors for them.

They market through their social media channels (it’s a business made for Instagram) and a national network of Kitchen Showrooms that use the Used Kitchen Exchange service to act as a discount for their customers. This market has also brought them relationships with the high-end appliance companies, who work with Used Kitchen Exchange to sell their end of a line and open box return products.

Next step is to move out of the Kitchen and add premium Bedroom and Bathroom products to their portfolio. It’s Luxury for Less as Helen the face of the company likes to call it. It’s a simple business model brilliantly executed by smart enthusiastic people.

The Innovate UK Scale Up team is advising them on the upgrade of their CRM systems and webstore platform to support their growth and diversification, they are always challenging but always a pleasure to work with as well as being a great circular economy/sustainability story.

I’d wish them luck, but I really don’t think they’ll need it.

Firstly, a word of thanks to David Brayne for bringing their truly innovative company to the Innovate UK Scale Up program and thanks to the Scale Up board for making me the lead on delivery on this one.

David has also done some excellent work with them on the Growth program to get them to this point.

Led by Matt Simpson and his Penrith based team of engineers and generally very clever people, Typhon Treatment Solutions have developed the world’s first UV light water treatment system built on a scale that can be used to purify the water supply for a major city without using any chlorine or other chemicals or mercury-based purification systems.

Their pilot system adopted by United Utilities is installed and purifying the water supply for the entire city of Carlisle.

The challenge, now they are on the Innovate UK Scale up program is to help them build their commercial model, and routes to market and support them during a fundraiser to give them sufficient runway to execute on their plans.

In truth, this is more of a start-up company than a scale-up one based on where they are, but if Innovate UK doesn’t support great innovation like Typhon Treatment Systems then why are we all here?

I have the kick-off meeting with them next month so will have more to write once we are fully engaged.

That’s it for now, if you are working with any companies or would like to work with and you’d like myself or anyone else in the team to write a piece on them I’ll be working with Sarah Spence to place the stories where they can have the most impact.

Drop either Sarah or myself a note and we’ll get on it!